On March, the 25th, the Parisian concert room Le Petit Bain was filled up with people waiting to see BATTLE BEAST, supported by the German band MAJESTY and the Japanese band GYZE! Before the show, we had the pleasure to meet Noora Louhimo, the charismatic and smiling singer of BATTLE BEAST, who was really happy to be back on stage with the band!

Korp-Svart : Could you introduce the band and yourself please? How would you describe the band’s music and universe to someone that doesn’t know you at all?

Noora : Hello, I’m Noora Louhimo and I’m the lead vocal of this band called BATTLE BEAST! For me, we do Rock Metal, which means that we got a lot of Rock influences but with some Heavy Metal sound. We combine Pop influences, all the musical influences we got and I think, especially the new “Bringer of Pain” album shows people how the diversity is in our band and what kind of influences we have but also, I feel like, with the new album, we wanted to bring this king of fresh side of our sound. Also, still honoring the old style that we have.

Korp-Svart : How do you feel being back in France as a main band? Because if I remember well, we didn’t see you since your tour with ALPHA TIGER in 2015 even if you came with POWERWOLF last year.

Noora : I’ve always loved France actually, and also when I was younger, I was studying for couple of years French, and I forgot almost everything, but it’s still in my mind like I really wanted to learn a language I love. And the people here are so passionate with us and with music so it’s always a pleasure to come back here and meet and greet our fans so… I don’t know, it’s always a pleasure to come here.

Korp-Svart : Which bands are you main inspirations for BATTLE BEAST? And more especially for you?

Noora : Like I said we have many different influences and it depend what kind of songs you want to write but for me, personally, IRON MAIDEN and DIO. They are the biggest influences in Heavy Metal, but then I have other idols from other genres like Michael Jackson, Whitney Houston, Bonnie Tyler… Musicians are always a combination of their own idols and experiences in life.

Korp-Svart : How did your fans react after you released “Bringer of Pain”?

Noora : Surprisingly well (laughing)! Of course we, in the band, were really satisfied. You are never a hundred percent satisfied because otherwise you just could quit and you always want to develop your skills but as we were happy about the album. We took all the decisions together with a sort of democratic balance in the band and in that perspective, we were really happy. And you can always just hope that if you love your music, other people are going to like it too. Of course there are people, king of purist Heavy Metalheads, who are like: “This is not Heavy Metal at all!” or whatever but I think 99% of the people who like us are just thumbs up and like the album.

Korp-Svart : Did you notice any differences between your previous album, “Unholy Savior”, and “Bringer of Pain”?

Noora : The biggest difference is that “Unholy Savior” was kind of an Anton’s solo album since he always wrote the songs of the previous album, but especially this one was really personal with the lyrics and thoughts in it. And with “Bringer of Pain”, we wanted to celebrate the good atmosphere in our band, which is remaining right now, and have a fresh start. Everyone in the band has been taking part in the process of song writing and making the album complete. That is the biggest difference.

Korp-Svart : How is the tour going with GYZE and MAJESTY A lot of your fans are really happy to see you with GYZE, especially since it has been a long time that they didn’t come to Europe.

Noora : I think this has been really smoothly, like no big fight (laughing)! Even though it would be nice to have some kind of fights! No, no, I don’t like to fight (laughing). But I think that people respect each other a lot and everyone knows that we are the headliner but we are not pushing ourselves like: “Hey! Be down there ‘cause you are supporting us!”. And we are living in the same tour bus even if GYZE are living in a smaller bus because we had a problem with the first bus. And now we are actually in our third bus of the tour. The first bus… We almost died in it! We had a fire in it and it was terrible but anyways we change bus and this one is working, everything is good and I feel safe. But this is the reality of the tour life. You never know when your life is at stake and you have to be really careful to who you are working with. For example, this first bus company, I would never recommend it to anyone since they truly are responsible for almost killing us, so that is not fun for us…

Korp-Svart : GYZE’s last tour was in Asia with CHILDREN OF BODOM, do you think bigger bands, such as Battle Beast, also has a mission of allowing people to discover less famous Metal bands?

Noora : Actually support bands… Well of course in my perspective, I would like to think that I want to help bands that are good but not known yet. But also support bands’ mission is to support us, to bring their fans to look us, our band. And maybe we will get also fans from their fans. However, it goes both ways so we all help each other in a way.

Korp-Svart : Famous Metal bands with a female singer are quite rare unfortunately, how do you deal with it?

Noora : I think that is really cool. If it would be very common, it wouldn’t be so special. So I really feel like I am in a very special situation and I’m very proud of it.

Korp-Svart : And if you had any advice for young female singers who want to start a Metal band?

Noora : I would say that, depending on, of course, what kind of vocalist you want to be or whatever, just follow your own passion and don’t try to copy other, don’t try to be someone else but yourself and try to bring the best of you!

Korp-Svart : When did you have the idea of creating a song with Tomi Joutsen from AMORPHIS? How was it to sing with him?

Noora : Actually we did the recording separately, because it is the reality of recording so, usually duets are not made like: “Okay, let’s go in the same recording room and la la la la…” (laugh). You can do that in that way, it demands a lot of schedule, stuff… I would say that he is a really nice guy and also a singer with various abilities so he can do all of the soft and violent stuff. He is one of my favorite male singers so it was just an honor to have him on this and I think he was the perfect guy for this because that song, “Lost in War”, demands this kind of demonic sound when it comes to this male vocal so I think I did a very good job!

Korp-Svart : Why did you want to create a song with such a political message in the video clip than King For A Day?

Noora : Well… We now have a keyboardist who also produces our new album. He did that song and I think it’s not necessarily political but you can relate that song to any kind of bad person, or a person, who is not necessarily bad but who uses his/her power in a wrong or dysfunctional way. For example, your boss can be an asshole so you can sing that song to that person. I think that many people, and we want people to talk about this, can deal with this sort of person in the real life and we wanted to make fun of it and see people enjoying music. It’s easier to approach those issues when you do it this way.

Korp-Svart : What would be the best line-up ever that you would dream of going on tour with?

Korp-Svart : Do you prefer an epic lead guitar or a heavy rhythm part?

Noora : It depends who is playing! (laughing) I can’t say really but maybe… If I had to choose… it would be the epic lead guitar.

Korp-Svart : What is the first Metal song you ever listened to?

Noora : That was IRON MAIDEN’s “The Trooper”!

Korp-Svart : Why did you choose to play Metal music as a professional?

Noora : First because it was the only style I have not tried yet as a singer. Because I come from the Blues, the Jazz and I’ve done Soul and R’n’B and all kind of different genres but actually I find my place in this since I can combine all of my abilities as a singer with the various Metal genres as performer and vocalist. I like to speak with the audience, be theatrical and so on… I feel like this is the only genre in which I can be so free.

Korp-Svart : How is your relationship with your fans? What is your best memory with them? Any special story you want to share ?

Noora : I feel like I have really good relationships with my fans! Of course sometimes very unfortunate incidents happen since our fans don’t always understand that after the show I have only an hour  to take a shower, take off my make-up, get into the bus and it’s not that I wouldn’t like to meet and greet them after the show but the schedules are really tight. And I truly want our fans to understand that because I really love them and I really want to meet and greet everyone but it’s not always possible and I hope they respect us. But if I would say something very positive about our fans it’s their love for us. For example, in Madrid, the fans made me cry of happiness because the reception was so loving and after the show, they were singing: “Olé ! Olé! Ola!” (singing and dancing) They were shouting my name to see me back on stage and when I went there, they started to sing to me. It’s something I have never experienced before and it really touched me.

Korp-Svart : The last question : what was your last musical crush? Any bands to recommend?

Noora : I would say GYZE!

Korp-Svart : We had an interview with them earlier and they answered “BATTLE BEAST”!

Noora : Yeaaaaah! (laughing) For real, I’m not even lying or anything! I don’t usually like the kind of music they play but I love that it’s so melodic and exciting! I get really exciting when I listen to their show and for this tour, I saw their whole show and it was really good. I recommend it!

Korp-Svart : Any last words in Finnish to conclude the interview? 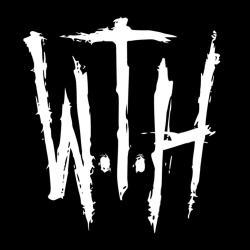